Letter From The CEO 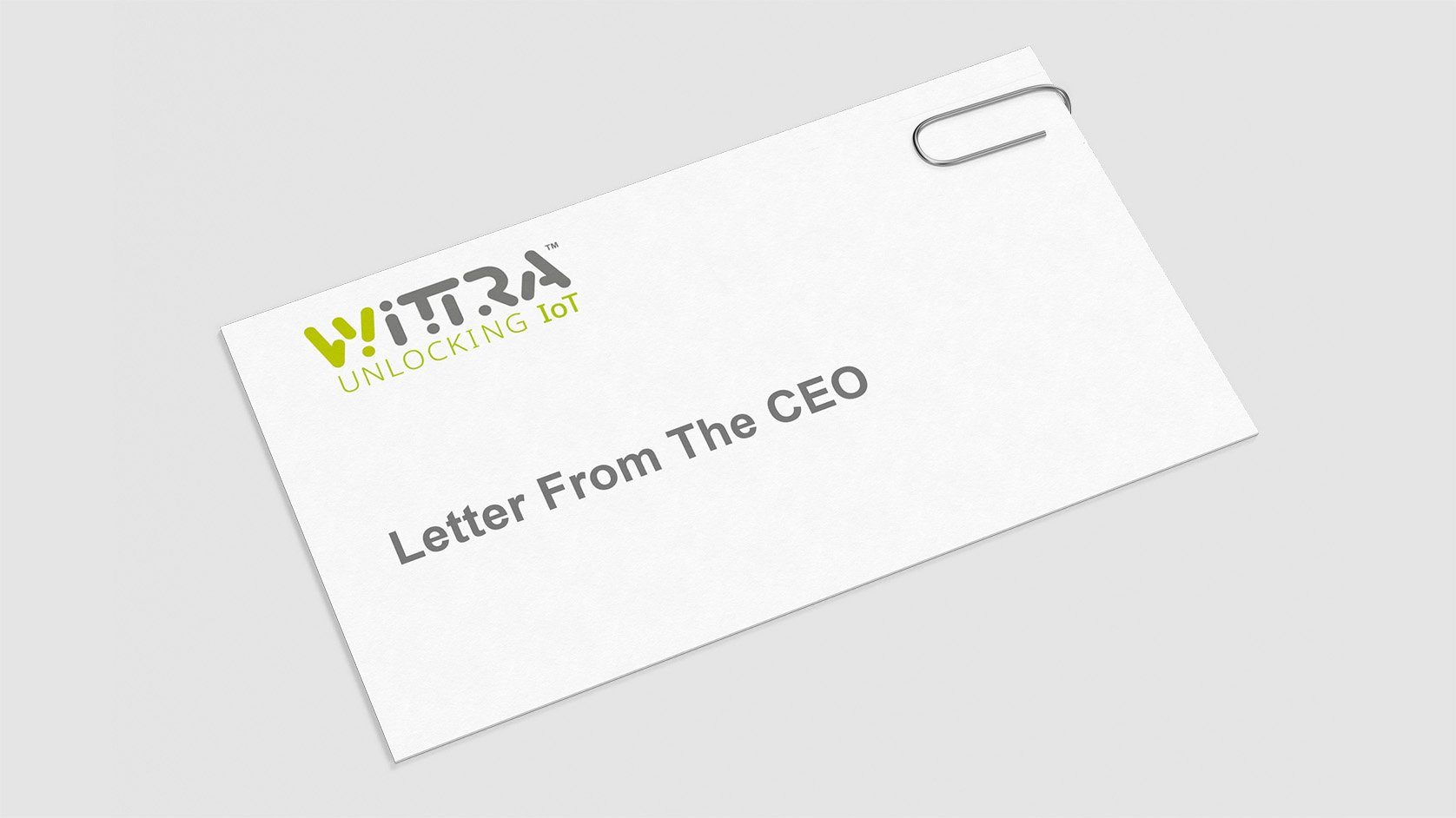 It has now been 10 years since WiTTRA started its journey and 2022 has been a busy, exciting and very rewarding year.

In the first 8 years of WiTTRA’s existence, we focused on solving what was previously thought of as impossible, accurate positioning over narrowband, there were many sceptics in the market looking at WiTTRA and asking the question who is WiTTRA and how can they make the impossible, possible? The challenge we undertook was seen as being insanely unique and if this was possible why hadn’t anyone else already done it? Amazon, Microsoft, Apple, Eriksson, Samsung… should have already solved it if it was now possible to solve… the answer can be found in the knowledge and skills of the team.

Having solved positioning over narrowband we did not stop there, driven by a clear need in the market we looked at how the various protocols could exist in one technology solution, in essence, the unification of IoT. e.g., an application to monitor equipment today may be being solved through LPWAN, but, what if they need to include asset tracking tomorrow covering both indoor and outdoor environments? What if 3D positioning is required? How do we remove the friction of adding more functionality? The market needs and continues to demand a truly unified approach in a single technology solution avoiding the siloed deployments which remain commonplace.

This might sound exaggerated, but it is simply the result of choosing a wireless technology that fits the customer’s use case, while also satisfying the economic objectives. In addition, the WiTTRA approach is future proof allowing the possibility of mixing different wireless technologies through the WiTTRA Unified Gateway, and new use cases are highly likely to be covered with very little additional investment.

There will never be a single unifying standard covering all use cases, open standards will remain a key success factor. It would be naive not to believe that large corporations manufacturing silicon and chips will not be focused inwardly on their commercial targets and that the function of unification will continue to lie with IoT solutions providers such as WiTTRA.

I am sure many of you have read the Spotify Journey of Daniel Ek and Martin Lorentzon who ignored the traditional music industry and overcame what was seen as a technology ceiling creating a new norm, WiTTRA is doing the same within IoT.

There have been many sceptics over the years. There have been many who have tried to persuade us and the WiTTRA board “you understand that it cannot be done right? It cannot succeed, it is impossible”. However, we have stood strong in our convictions, we have developed, adapted, adjusted, changed and added things along the way to create our IoT infrastructure, and have never wavered in our conviction!

There is a huge difference between developing a solution on “existing technology” such as Bluetooth and Wifi, which are well-known radio technologies, versus creating something completely new, something that is 100% intended and designed solely for IoT from the start. Wifi and Bluetooth come with limitations, these radio technologies were created, and they were made primarily to stream large amounts of data, audio, movies and music, and not for low-bit rate IoT.

What we have created and patented is tailor-made for IoT. It is created with the idea of simplifying the customer’s digitization journey, it is created with the goal of giving the customer maximum freedom to choose suppliers of sensors in one and the same IoT infrastructure. WiTTRA’s Unified Gateway is the concept where we combine different radio technologies and ensure that the user automatically gets access to the most suitable radio technology. End users are not really interested in what technology solves their problem, the customer just wants a solution that works and is reliable offering great QOS (quality of service). That’s exactly what WiTTRA created, a robust reliable system that works anywhere and offers a total cost of ownership at a fraction of the cost compared to any other radio technology.

We have a clear business model; customers immediately see their ROI and can quickly and safely start their digitization journey within weeks not months or years. In 2021, we launched WiTTRA’s solution to the market and are proud to have now concluded a number of successful PoV’s (Proof of Values) and commercial engagements across varying market sectors and on a global basis.

During the year, we have also increased the number of partner collaborations both in Europe, the USA and Canada. We concluded a successful Hackathon with Microsoft and have ongoing engagement with some of the largest mobile operators who see WiTTRA as complimentary to their 5G solutions.

The majority of our customers and partners have today switched from Bluetooth to WiTTRA’s solution. They choose to work with WiTTRA’s infrastructure as our plug-and-play approach provides a clear ROI to customers and is based on radio technologies that are designed specifically for IoT, rather than “patching and fixing” other solutions that were not designed for IoT.

We will continue to disrupt that status quo throughout 2023 and focus on bringing IoT to the mass market delivering one infrastructure offering thousands of outcomes.

Is smart farming the future of agriculture?

Is smart farming the future of agriculture?